Climate Change [avg. value 59]:  average value influenced by the low rank of the sea surface temperature driver that has less influence on both ecosystems. 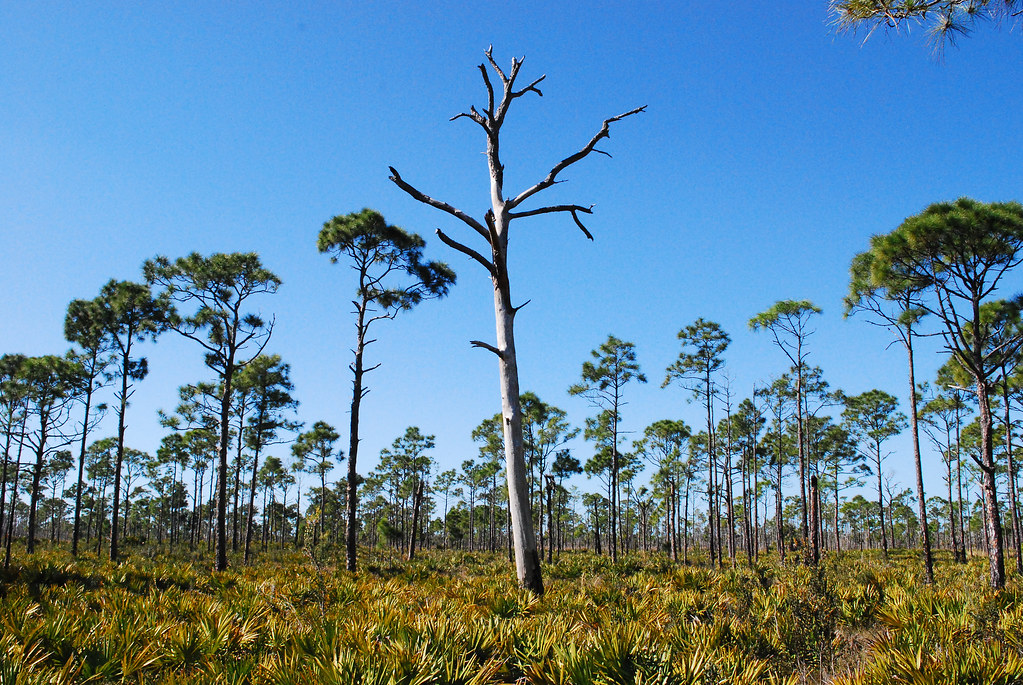 The southwest region of Florida consists of a number of diverse habitats including coastal mangroves, sea grasses, oyster reefs, Everglades’ wetlands, pine flatwoods, and riverine/estuary. The area hosts a variety of endangered species including the iconic Florida panther. Public lands include the western side of the everglades, Big Cypress National Preserve, Panther and Everglades Headwaters National Wildlife refuges and other state and local parks. Threats include rapidly increasing urbanization increase, land use changes, invasive species, sea level rise, and changing patterns of precipitation and temperature. Florida has over 19,000,000 people and is predicted to reach 31,000,000 by 2060 with the southwest part of the state being one of the fastest growing areas. The Cooperative Conservation Blueprint for Florida (CCB) and Peninsular Florida LCC (PFLCC) have both designated this area as a focal zone and have developed strong partnerships with private land owners, federal and state agencies, the SW Florida regional planning council and NGOs such as The Nature Conservancy.